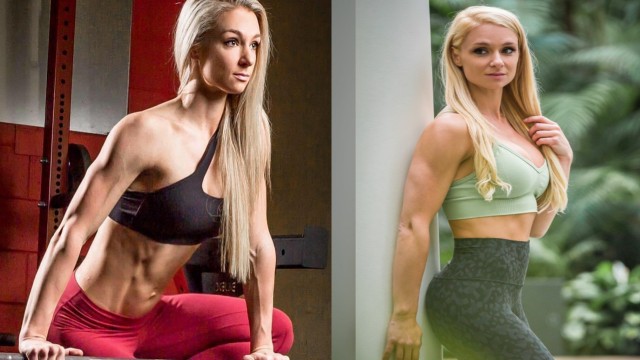 Hello guys, everyone wants to have a fit body to enhance their personality. Today in this article we are going to tell you about a female bodybuilder who have amazing personality. She is very beautiful

Her name is Whitney Wiser. She was born in 1987 in the United States of America (USA). Her height is about 5 feet 6 inches long and her weight remains between 52 kgs to 57 kgs. She is a professional fitness model, Bikini athlete and also a NPC judge.

Whitney is living a very fit and active lifestyle from her very young age. She started doing weight lifting from high school days. Whitney had also played basketball in her school sports team. She loves both basketballs as well as weight lifting.

To improve her performance Whitney started doing the workout in the gym. After doing workouts for several years Whitney wiser saw impressive progress in her body. Then she hired a fitness coach to improve her body more than that.

TURNING POINT IN HER LIFE

Now Whitney wiser follows a disciplined workout routine like doing regular workout for 5 days a week. She uses to change her workout routine time to time to maintain her fitness to next level.

Out of her bodybuilding world, Whitney also spends her valuable time with her family. Also, Whitney follows a balanced diet plan to become healthy. She also includes some cheat meals in her diet plan.

In Conclusion, She has followed her dreams. She never thought of giving up. She motivates people to do workout and also help them to achieve their goals.

Thanks for reading this article. If you find this article helpful then give a pleasing comment and share.